Discussions about general topics of interest, like lighting, material customization and so one
Post Reply
7 posts • Page 1 of 1

I had brought this issue up in the old forms some years back now and i finally want to readdress it.

The reason why i bring this up is because for years now I have notice a huge loss in rendering quality of my work.

I'm still an avid user of Reality/Luxrender
But with the addition to Iray to Daz Studio I'm worried that luxrender has been left by the wayside and I really don't want to relearn a new system just to stay on track with my work.
But this is one issue i want someone to look into because it is a huge problem that seems to have been overlooked or was never confirmed to be a my only isolated issue

and that is the way Reality 4 Exports geometry into Luxrender
This is a table prop from Suite 2101 https://www.daz3d.com/suite-2101
that i noticed creates this issue This is what it looks like in Reality 2, easy enough What and where i notice this being an issue is on broad flat polygons such as interior segments of scenery such is indoor spaces
some times you just get segments of wall that are just Blacked out and these errors in geometry just seem to make the scenery smaller and uneven looking to the eye.
Needless to say it's an undesirable effect it has on your final product.

I have however found how to fix this. See how much prettier it looks now that the curvature of the table and the unwanted lines that had made it look like a target reticle has been alleviated. The dance pads is self are obvious, but you can see it on the cabin itself around and In the bass speaker segment.
The inclosure is more full and and the fake depth of it is been fixed.
If you notice the reflection of the right neon ring parallel ends that come out of the cabin is missing in the error prone image at the bottom of the casing. or even the reflection of the left neon ring makes a P shape in the back plating as opposed to a mirrored reflection. 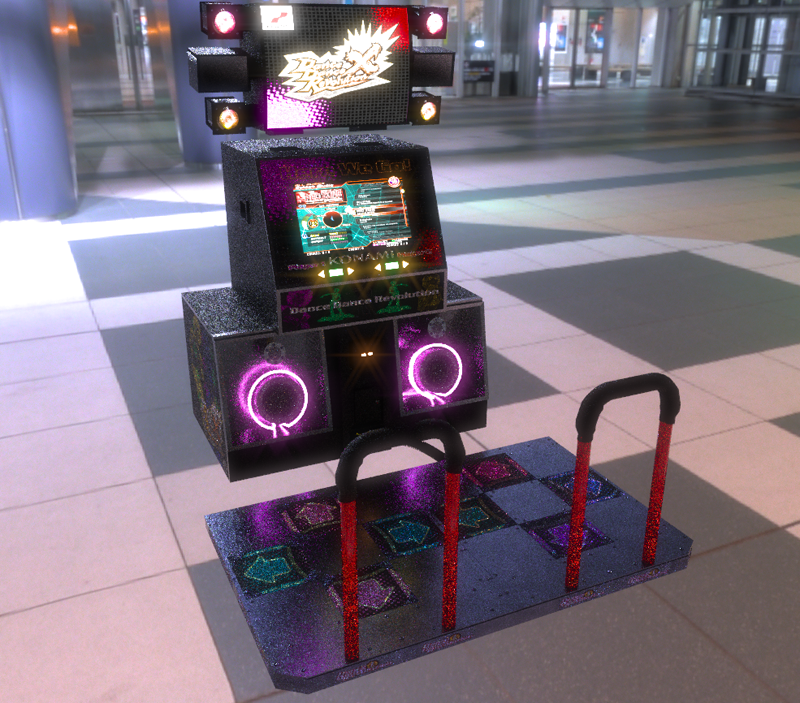 I know this post was long, but with the lack of updates i figure maybe it was time to address this and or get some answers

or if anyone has been having issues with this and needed a fix, i got you covered

Thanks for you time
Top

Nice tip, I tried it on a prop where I should have smooth flowing edges but was getting jagged edges and can confirm that it works like a dream.
Top 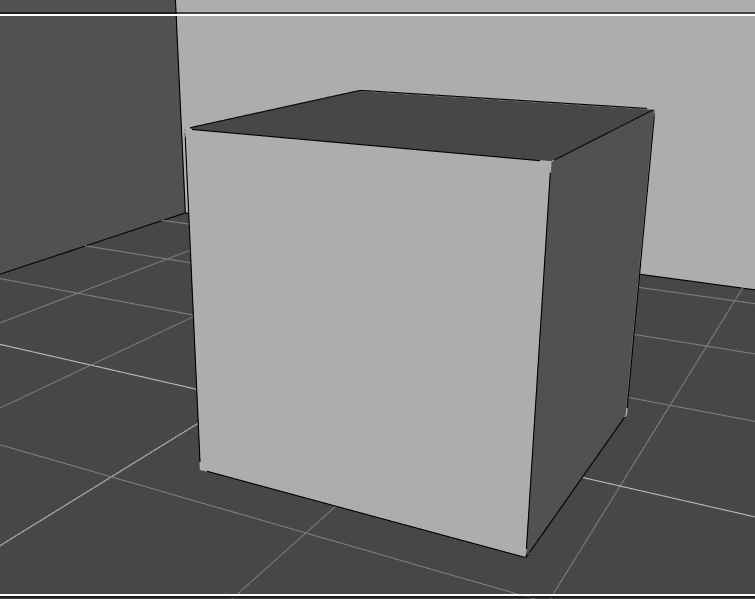 and i also get this when i return it to a glossy material
Its now not the whole face but half of it ( this is interesting, that whole face looks like its producing a shadow on the ground )

i don't know why it does this I've seen this one before, both when using volumes and in general use. I believe it has something to do with the way DS is creating primitives and how Reality reads these. It was not a problem in Reality 2.5, but with the introduction of Reality 4 it started appearing. Paolo has stated that DS is doing something wrong, when creating primitives, but personally I'm not sure this is actually the case.

Anyway, the best way to avoid this issue is to make sure, that you have divisions set to 2 or more, when you create the primitive using "New Primitive". This should prevent the artifacts from occurring at the cost of adding a few more faces.
/Sigstan
Top

maybe with primitives
But you can see with the opening post that whatever this issue is, it has to do with how Reality exports geometry with completely flat surfaces because its happen to full props like the table or even building geometry
Top

I'm sure that weird looking bulk it has is also being exported in the Null, but because it isn't producing this black face its problem solved for that instant
But whatever issue is causing these errors in purely Flat surfaces is linked to what Ever change was done to how geometry is exported from Reality 2 to Reality 4

without the ability to look at the .ply files the exporter makes, I can't even compare the two

Users browsing this forum: No registered users and 3 guests